A majestic staircase made of rosy marble leads up to the six remaining columns of the temple of Jupiter-Hadad, the Romanized Syrian weather god. The Roman emperor Caracalla (211-217 A.D. B.C.), whose mother came from Syria, showed him special reverence. 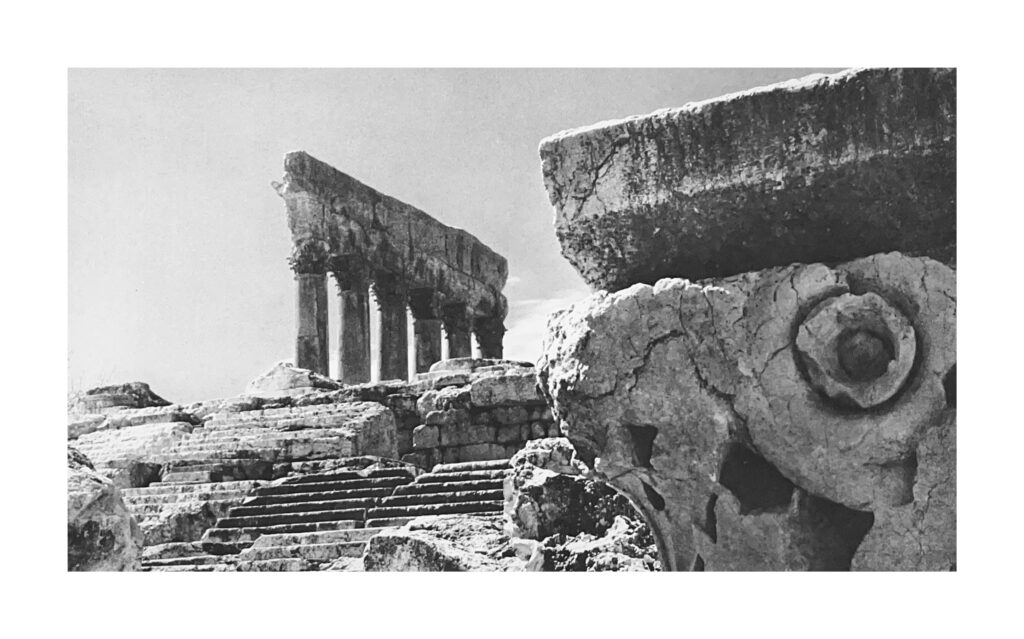 the palm city, "the bride of the desert", once cool and well watered and a peaceful oasis for the merchants tired by the march through the heat, is now merged with the desert. Over the centuries, the buildings were crushed and devoured by crystal-hard desert sand. On the horizon stands the Kal'at Ibn Ma'n, a festival that is said to have been built by the Emir of the Druz Fakhr-ed-Dîn (1594-1634). He was a friend of Christians, was allied with Venice and was a guest at the court of the Medici in Florence. Even during the First World War, the Kal'at Ibn Ma'n was once again conquered by an English unit. 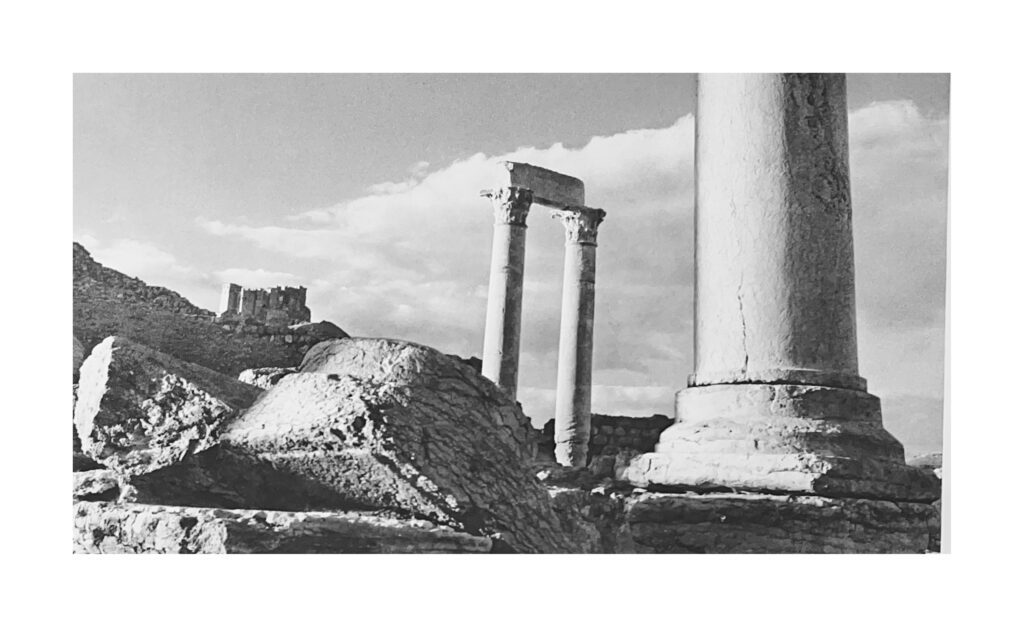 Although deprived of almost all its disguise over time, the chief pyramid in Giza has not changed significantly since Herodotus described it two thousand years ago. She was already over two thousand years old. In the foreground you can see the once shiny polished blocks made of Aswan granite, with which the pyramid was wrapped. They reflected the rays of the sun 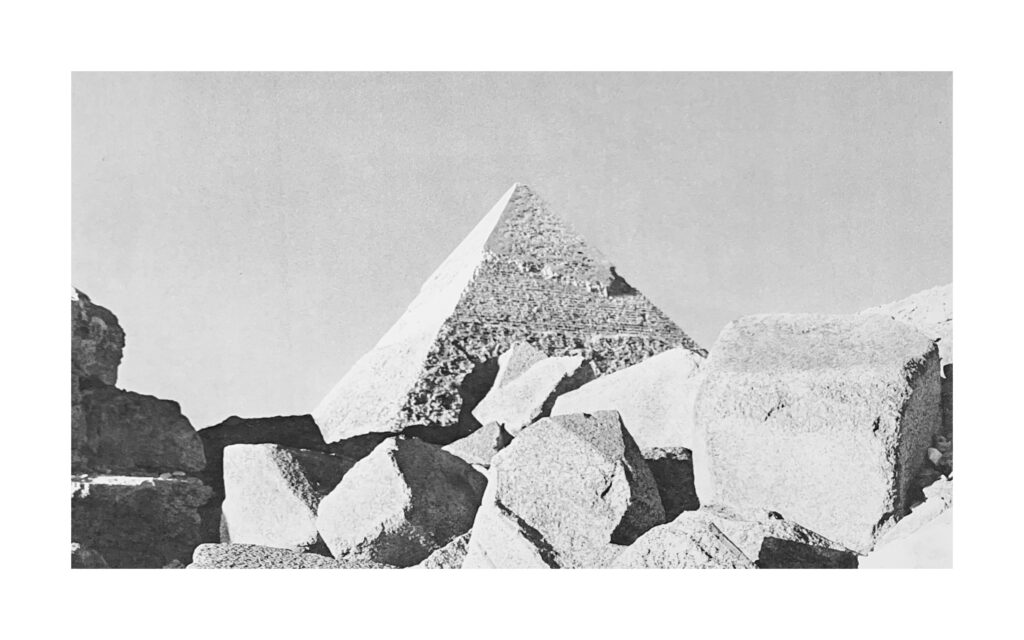 In all centuries, people have found it difficult to imagine how much work, time and patience the construction of such a Pyramid required, the sole purpose of which was to protect a dried-up mummy. When Herodotus visited the site, he was surprised to learn that the equivalent of one and a half million dollars had been spent on radishes, onions and garlic alone, which were part of the food of the workers; that a hundred thousand men, who were replaced every three months by a fresh workforce, had been at work unexposed, and that the work had lasted more than thirty years. 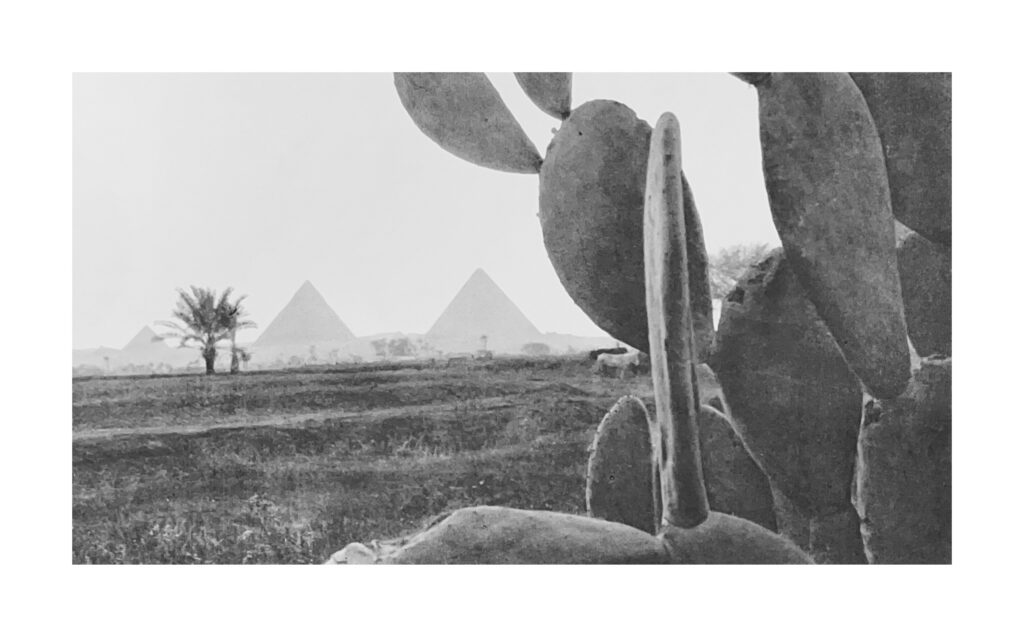 "I built you a sublime house for millions of years ... I pulled a wall around it ... I dug a lake in front of it filled with heavenly water and transplanted it with trees and greenery as in the Nordland." - Ramses III, Papyrus Harris. 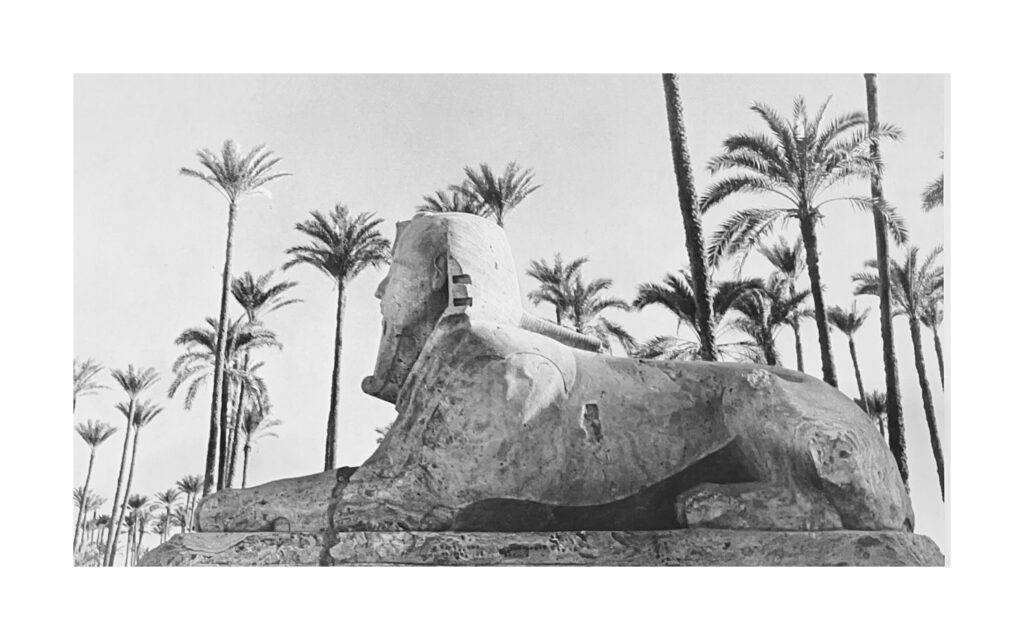 The Ptolemaic temple near Edfu

... is the best preserved building of this kind, which is saved from Egyptian antiquity to our time. He was consecrated to Hathor by Denders and her husband Horus, the falcon-headed sun god, whose statue of mirror-smooth granite guards the pylons of the entrance here together with the silent dragoman. 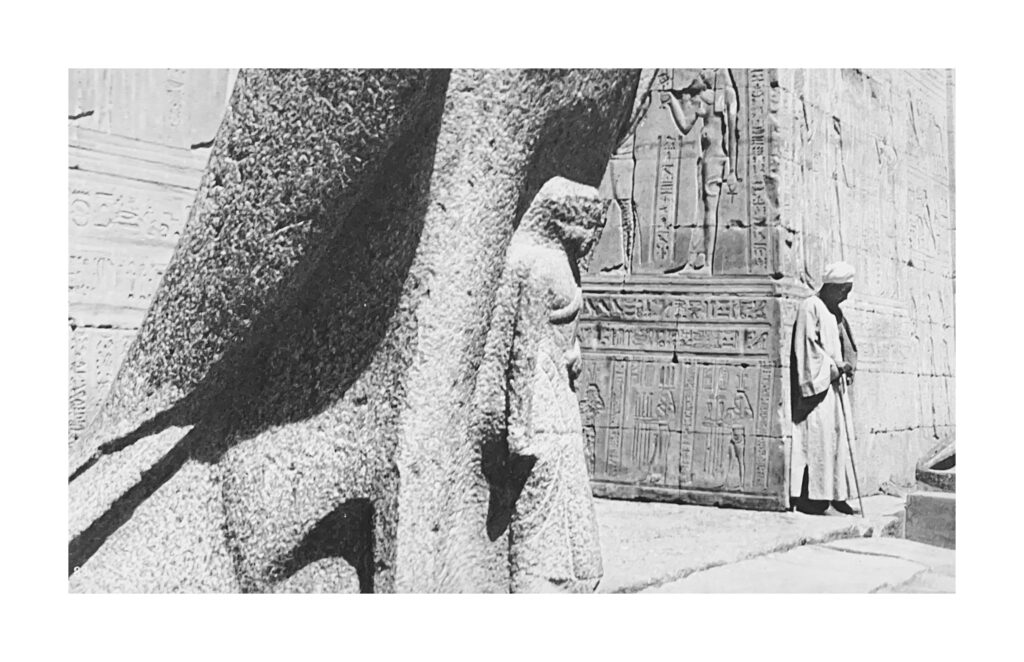 A fallen temple architrave in Leptis Magna proves in an unusual way the harmony between ancient ornamentation and natural form. 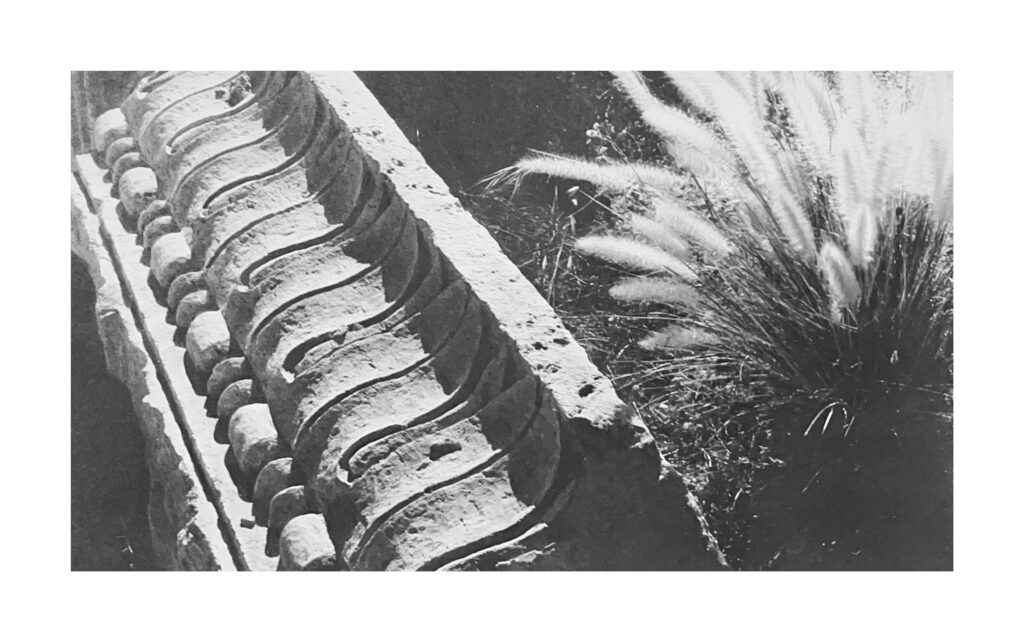 The vivid faces of the Nereiden look sensually from the bold arcade, whose arches are carried by palm capitals. They once formed the jewellery of all four sides of the imperial forum in Leptis Magna. Due to the liveliness of their expression, they captivated the complainers. The forum is one of the most impressive Roman facilities we know. It measures 91 meters in length, 37 meters in width and was closed by a wall protruding behind the arcades of 15 meters in height. 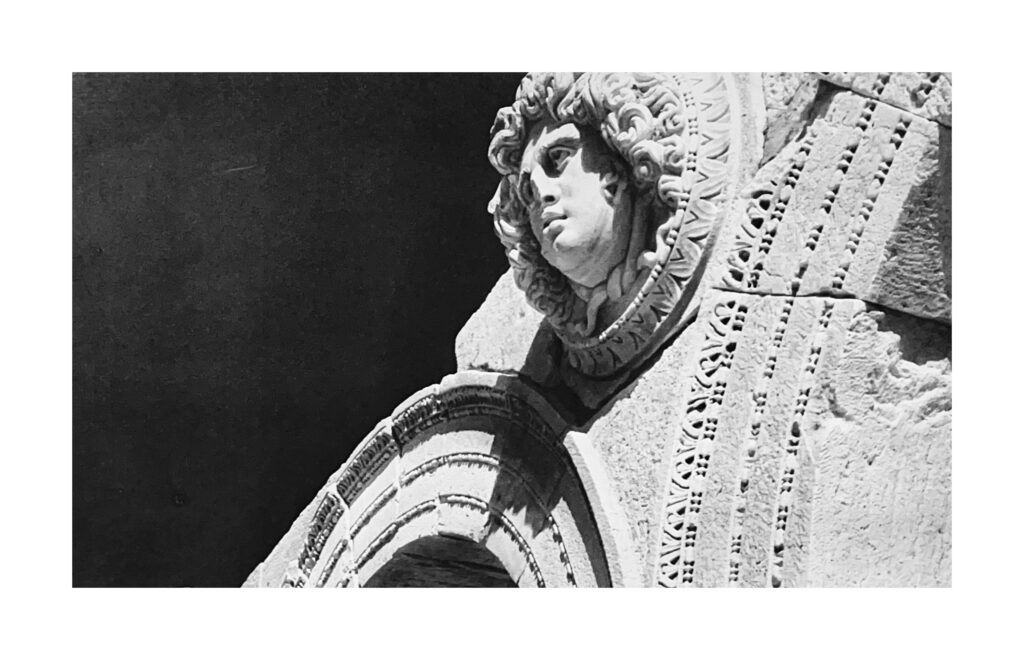 The city of Gerona was once a much sought-after jewel, around which Charlemagne already waged war with the Moors and which was still hotly controversial in the Napoleonic wars. 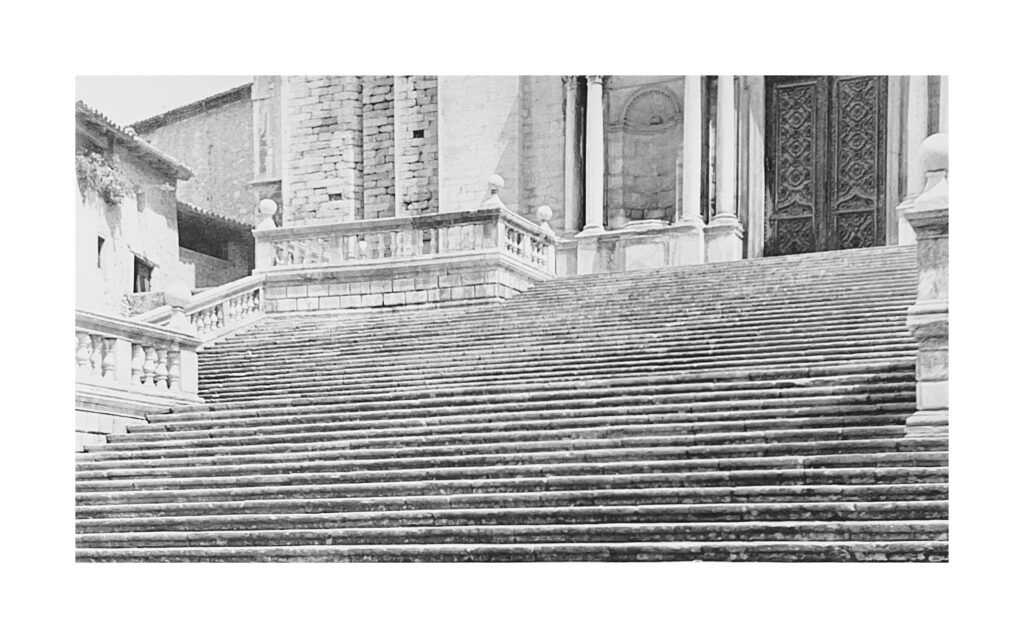 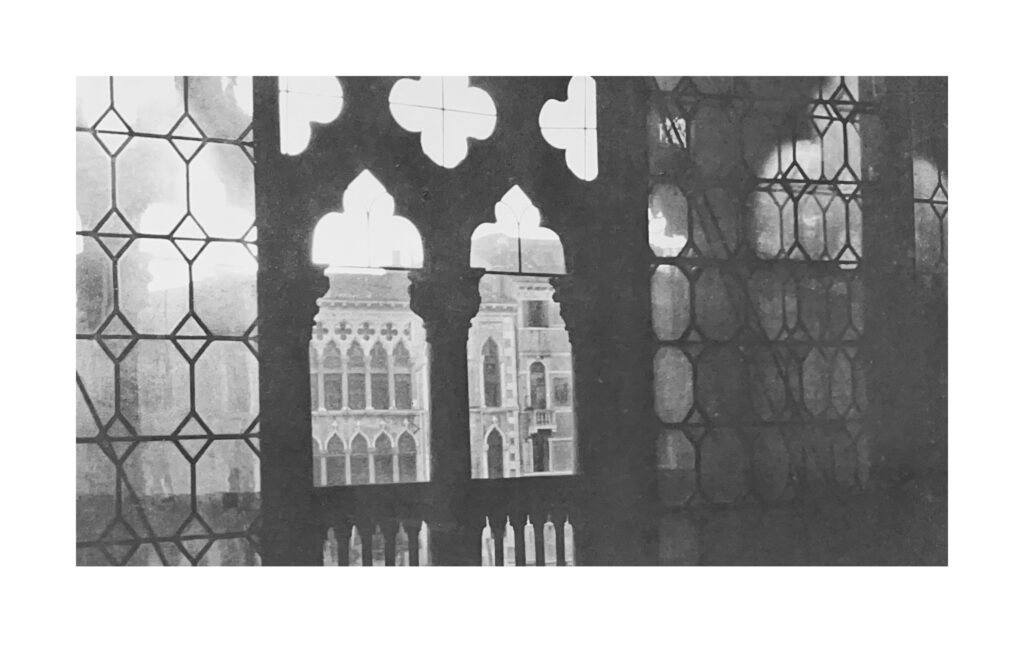 "The early afternoon brought us into sight of the broken volcanic cone, which rises grotesquely from the turquoise blue sea and is called Santorini. A semicircle of blood-red rocks, over which streams of sulphurous yellow pour, rises steeply and unbroken up to a height of three hundred meters... Torn away, we saw the rose-colored city of Thera in sight from the deck, which is placed like a graceful crown on the highest rock... Below we found a huge cathedral, which, a native replica of Hagia Sophia, is wonderfully brightly located on a black lava beach."

The church of Larissa, Santorini. 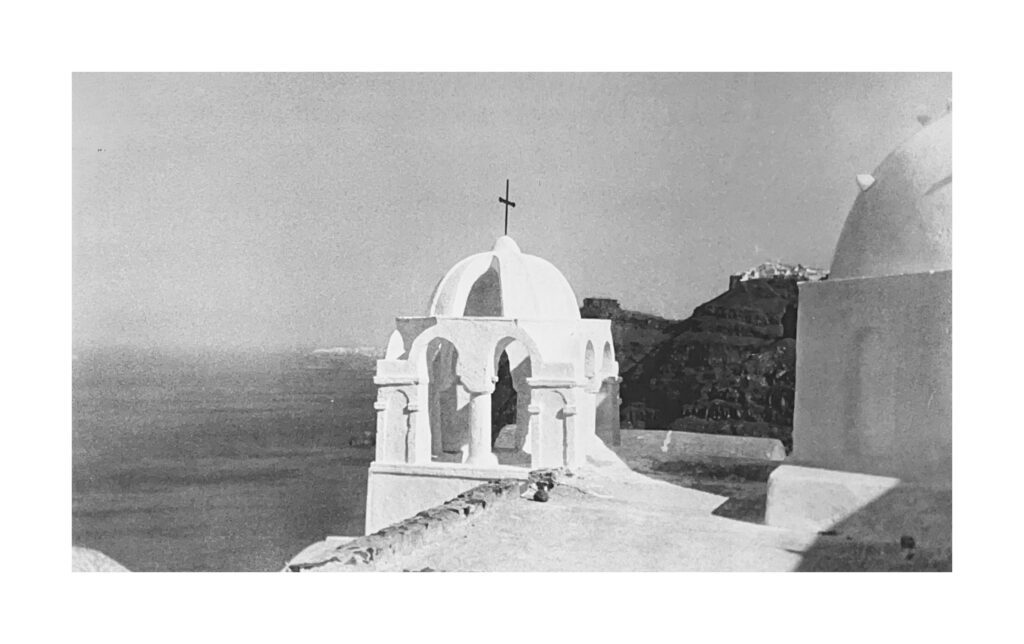 A mountain landscape of domes above the rooftops of Venice. The Cathedral of San Marco from the 11th century, seen from a bird's eye view. The bones of the Apostle Mark, which passed from Alexandria, rest in this church. 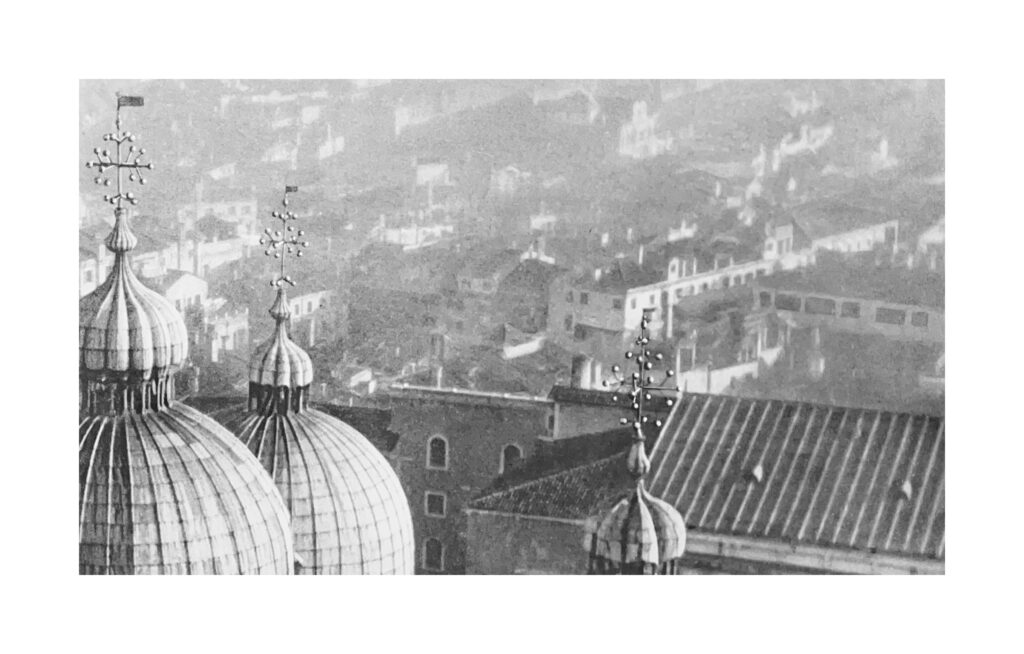